Rémi Bergeron is a longtime theatrical props and set designer. His numerous years of creation have significantly influenced his current artistic process.

Objects fascinate him. Through his sculptures, he explores the possibilities offered by the combination of various materials. His work is organized around the object itself, its shape, its structure, its former uses: “I always take the time to scrutinize the chosen object, get accustomed to it, appreciate it in its entirety. I also always question the predetermined role of objects and try to give them new meaning. In a way, you could say that I work like a poet using words to translate a different meaning, steering them in unexpected directions. This way of looking at objects differently has always been a source of inspiration and the building block of my artistic works.”

Sometimes enigmatic, sometimes bizarre and over the top, the transformed objects become characters and animals always expressing gentleness and sensuality. 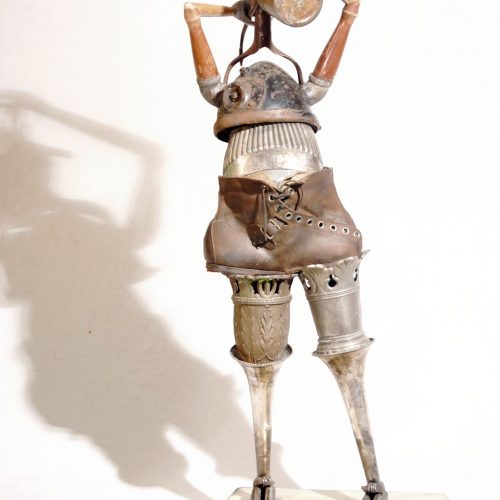 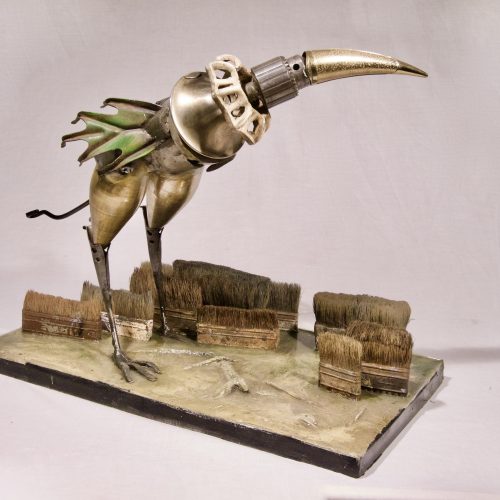 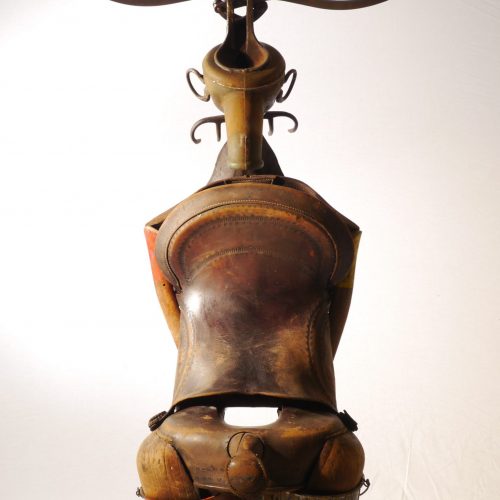 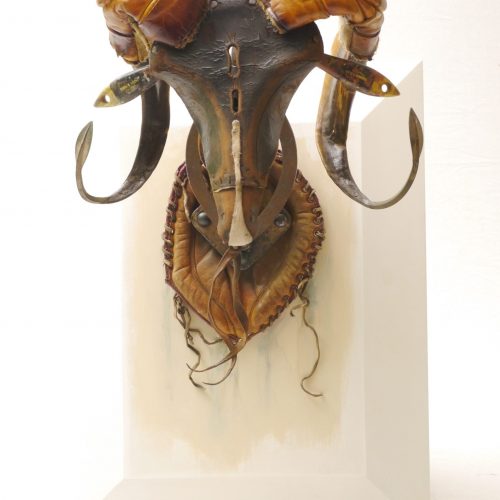 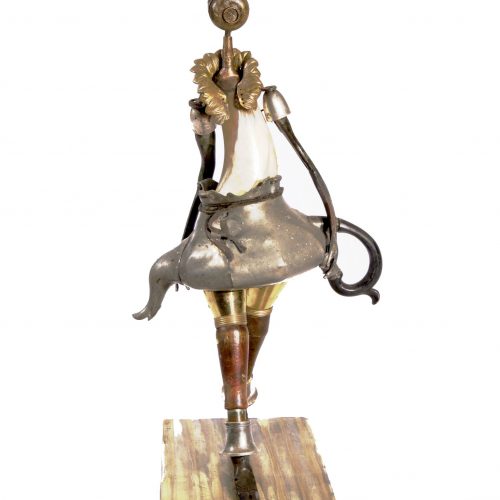 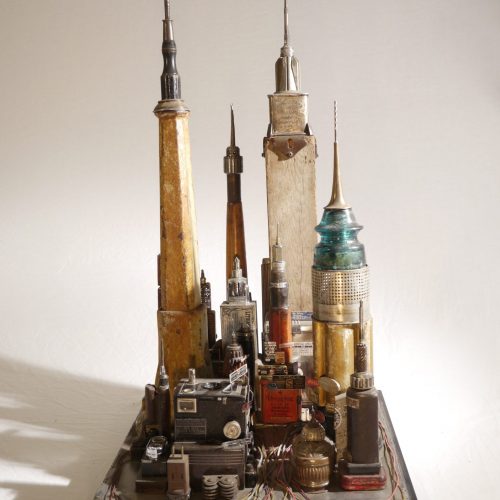 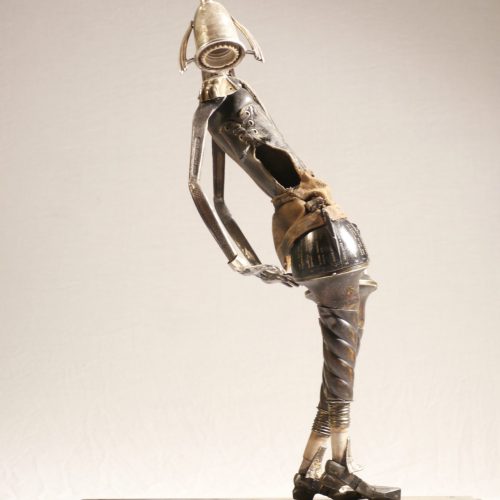 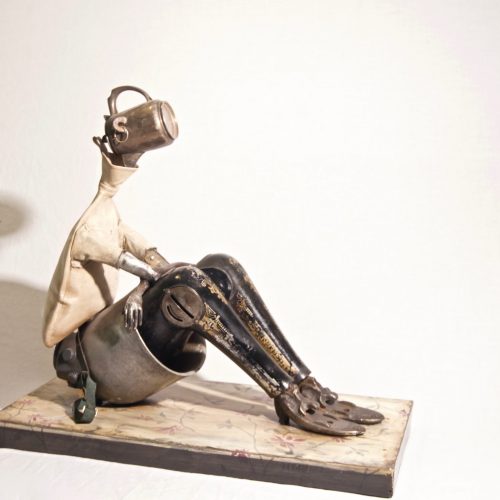 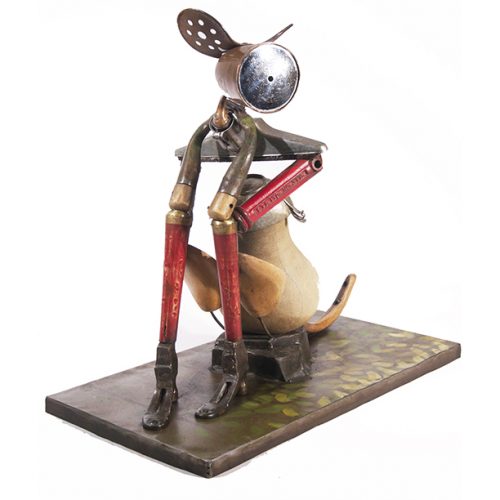 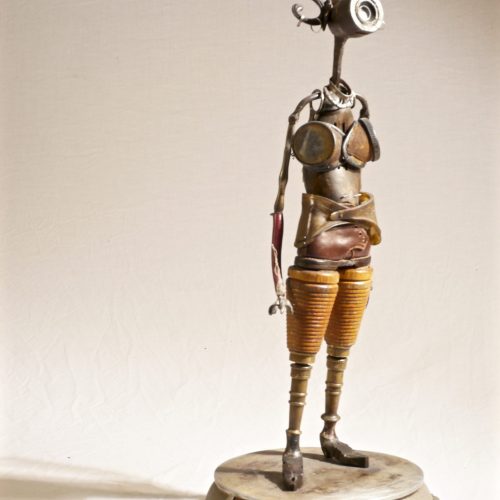 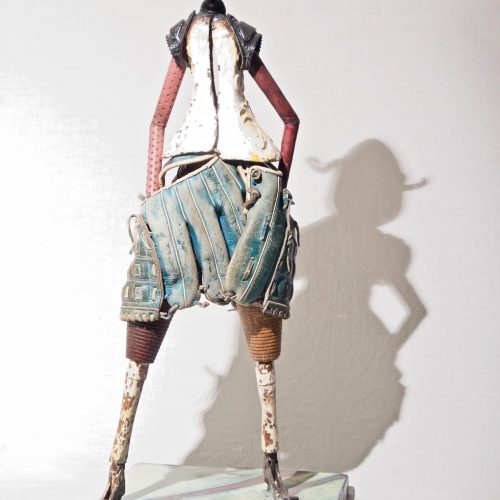 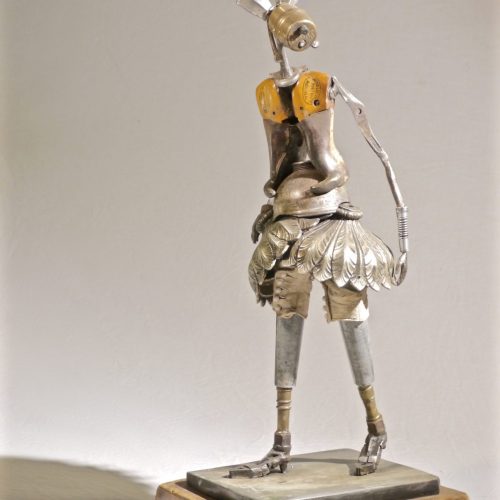 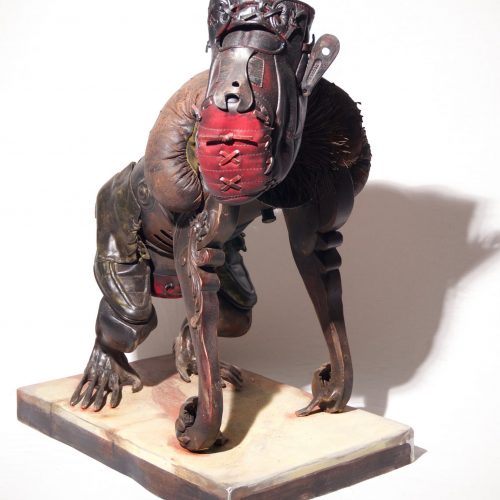 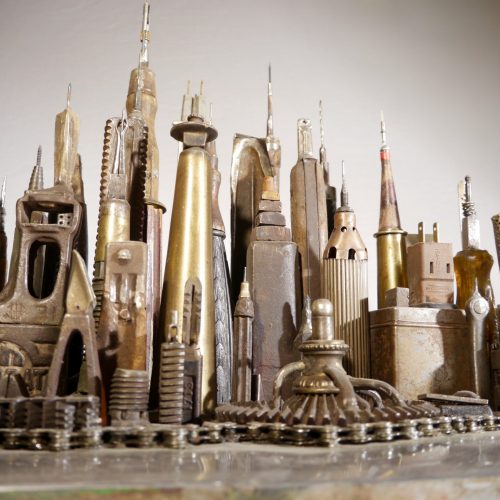 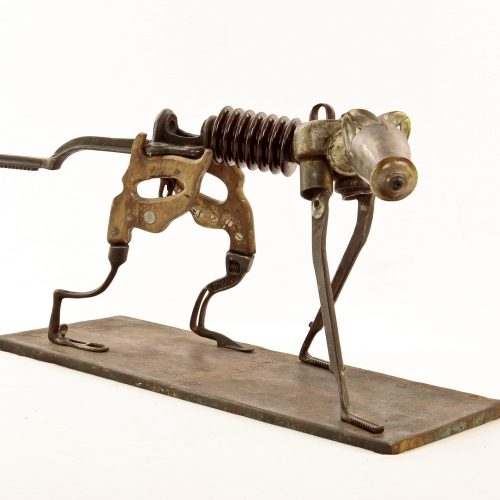 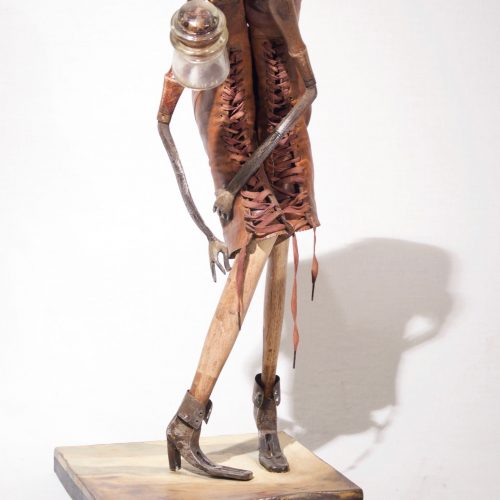