Born in the industrial municipality of Bastican in 1937, an accident reshapes his trajectory at the age of 58. That’s when he starts to sculpt. Within a year, his unique talent is noticed and his works go on exhibit in Paris.

After teaching himself the use of tools and machinery required by his passion, he studies with sculptor Robert Langevin and pursues his research and experimentation of wood sculpting. In 1999, he explores painting with artist Brenda Fry, a specialist who works with numerous bird sculptors in Quebec. This close relationship in coloration will continue on throughout the years.

In 2003, he embarks on a challenging project:  sculpting the 23 endangered bird species in Quebec which will require more than 20,000 hours of work. This series of masterful sculptures is presented to the public in 2014 under the patronage of Mr. Paul Desmarais who had previously acquired the entire collection of his protege. The exhibition is presented once again in the Fall 2001 at the Centre d’interprétation du Marais (CIM) in Magog.

Since the start of his career, he has created over 90 original wood sculptures, many of them reproduced in bronze.

In 2008, he wins the Best of show 1st Prize for his bronze Arabesque (barn swallow) during the Ward Word Championship exhibition. He is the first Quebecer to win this distinction from the most prestigious bird sculpting contest in the world.

The recipient of numerous awards throughout his career, notably 1st Prize at the Museum of Natural History, Cape Cod, Massachusetts, his works are part of over 20 private collections throughout the world (Scotland, France, Turkey, USA, Trinidad, Canada), including those of Claire and Laurent Beaudoin, and Paul and Hélène Desmarais.

“Since early childhood, birds have been a subject of fascination. They give me a sense of freedom”.  Giving life and flexibility to inert matter; that’s the challenge taken on by Louis St-Cyr. Using tupelo, a rare wood, as his sole material matter, the artist manages to give rise to winged fowl, frail creatures with delicate wings embodying warmth and finesse. A self-taught artist with an outstanding talent, he brings to his bird sculptures an unequalled dimension. His works are the results of his careful observation of nature and fruitful readings on the avian world, a universe he is particularly fond of.

Louis St-Cyr’s life-size works prompt profound interaction with the spectator; not only are they offered the illusion of an actual living and breathing bird in full flight, but they also become the privileged witnesses of a fragment of the world’s beauty. A true connection with one of the artist’s beloved theme; freedom. All of a sudden, under our very eyes, the bird spreads out its delicate and sturdy wings and tells us about the possible. An invitation for us to do the same. 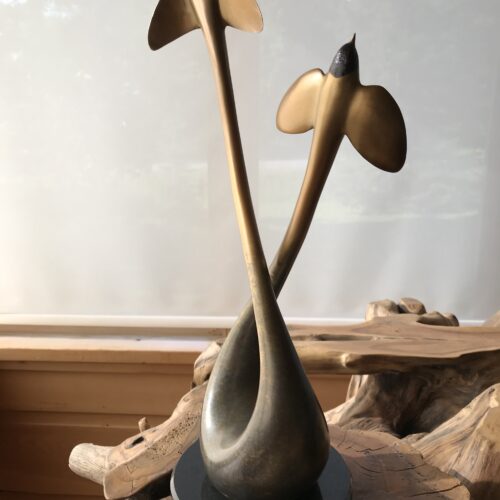 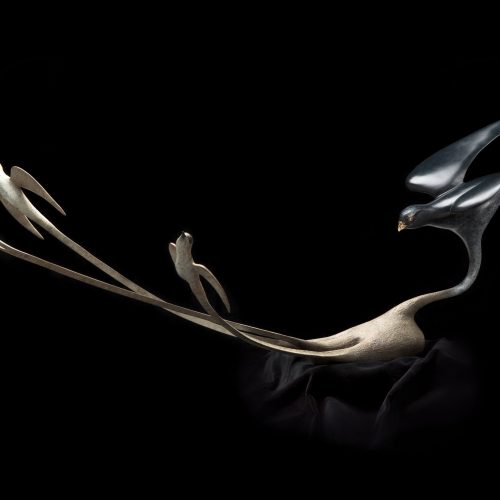 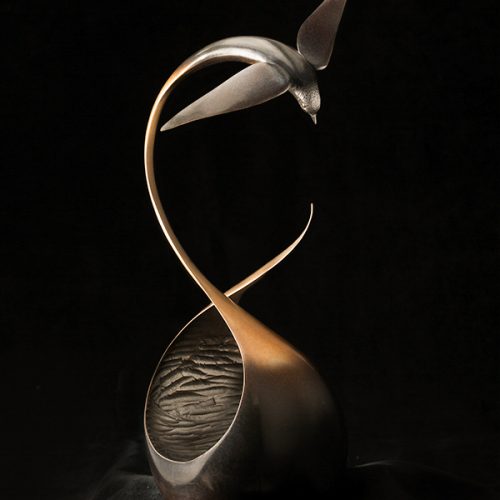 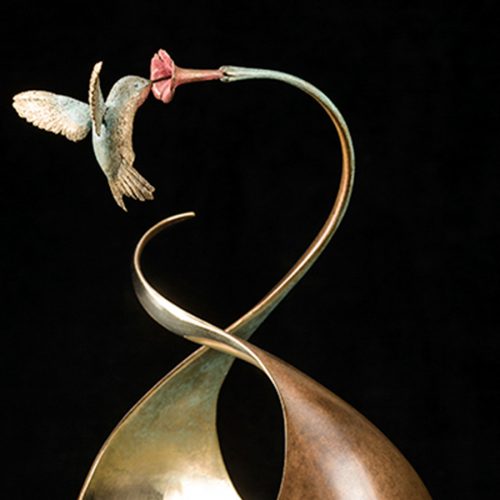 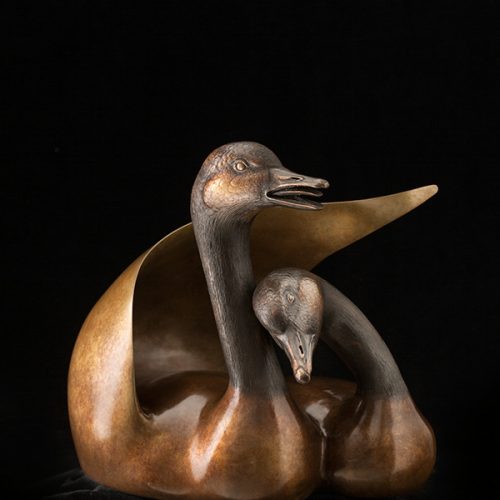