Over the past few years, Sylvain Coulombe’s work has attracted the attention of many collectors from around the world. His portraits of strange and endearing characters all share a penetrating gaze which draws you in. Once you peer into their eyes, even for a moment, you discover something deeply human.

The many layers of pigment accumulating on his canvas echo the traces left by time. Everything blends, accumulates, breaks apart, then settles, forming a striking bouquet of textures and colours freely unfurling on the surface of his paintings.

Sylvain Coulombe was born in Montreal in 1971. With a Bachelor’s degree in Environmental Design from UQAM, he has always been attracted to the work of Gaudi and the Bauhaus school. His architectural studies allow him to understand the material, to play with forms and compositions, in order to conceptualize his creative visions. Passionate about various materials, he experiments for several years with different mediums: steel, glass, wood resin, concrete. This love for matter leads him towards sculpture. His works are monochrome at first, but as time goes by, colours impose themselves and his creation evolves towards canvas and acrylic paint. Quickly, the canvas no longer satisfies his desire to project his works towards the viewer. Using techniques of handling materials borrowed from sculpture, he now works on wood panels and develops a style that accurately reflects his artistic vision. On several successive layers of acrylics, he literally sculpts his work, bringing to life a universe at times dark, at times luminous.

“My characters, mysterious and surreal, are delineated by deep lines, the cracks and burrows carrying with them the signs of time’s passing, it’s relentlessness, it’s evolution.”

For Coulombe, the physical act, the creative gesture, is ingrained in the reflection flowing through his works. With each new creation he confronts his wooden canvas, combining techniques of active painting, projection, impasto, intensive scraping and sculpting of the material. “I work on my conscious implication to be in movement, to let the material and the colour enter into a dance that will leave its imprint, its mark, its distinctive character.”

His vigorous interventions only subside when the character fully reveals itself.

“My role is to establish, along with them, the basis of a common language, and to externalize their thoughts, their emotions, their opinions. To symbolize their unspoken words. When I have no more questions, and I am at peace with (the work), I let it go…” ‘… As always, these characters open up to each individual according to their own experiences, it suffices to take a little time for a narrative to appear, our narrative, and perhaps in the end we will learn a little more about who we are.” 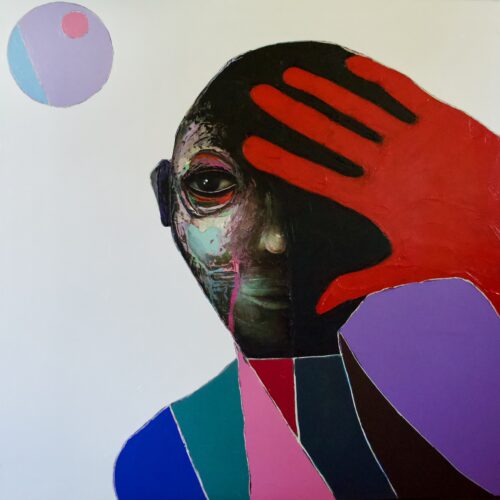 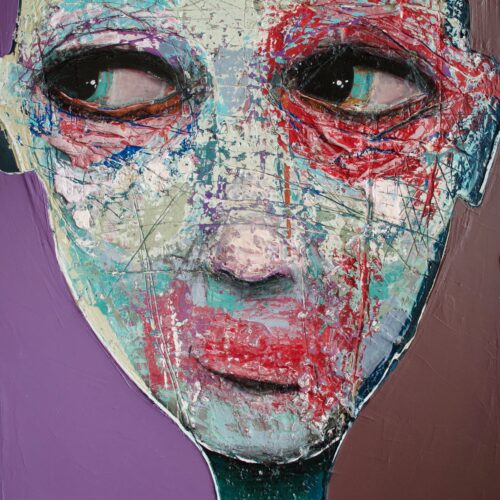 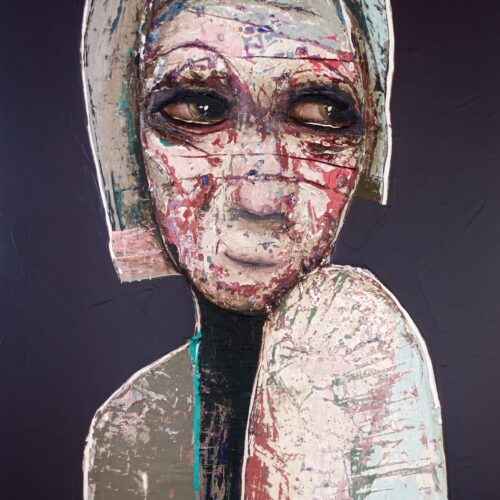 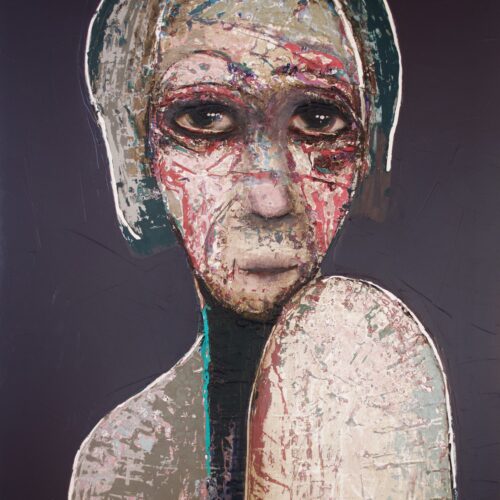 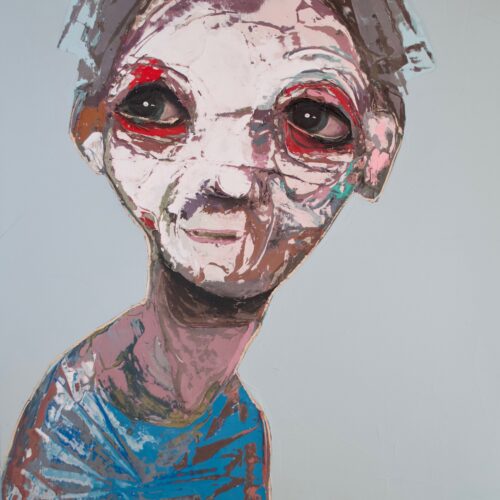 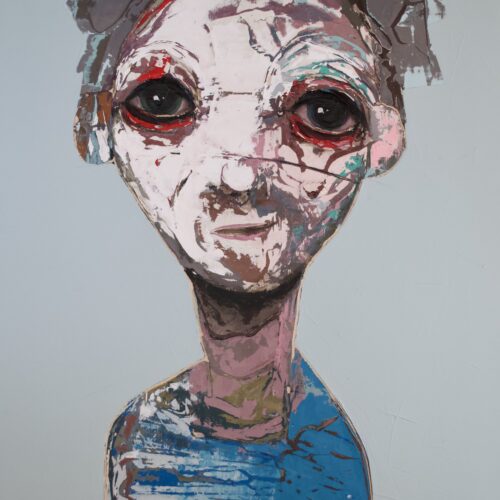 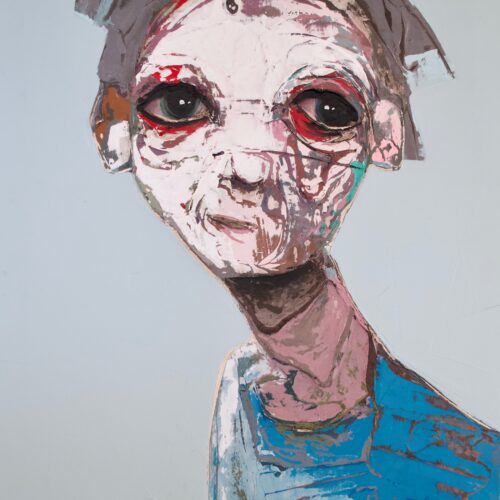 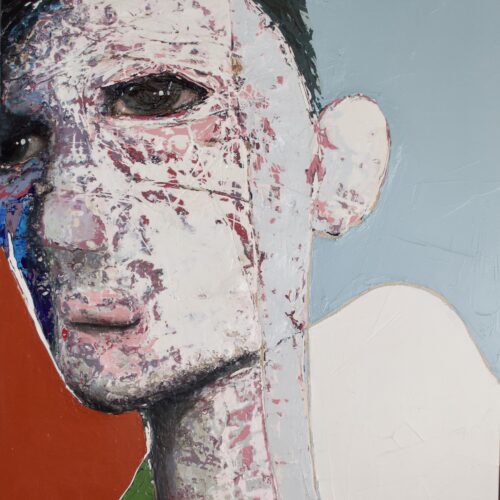 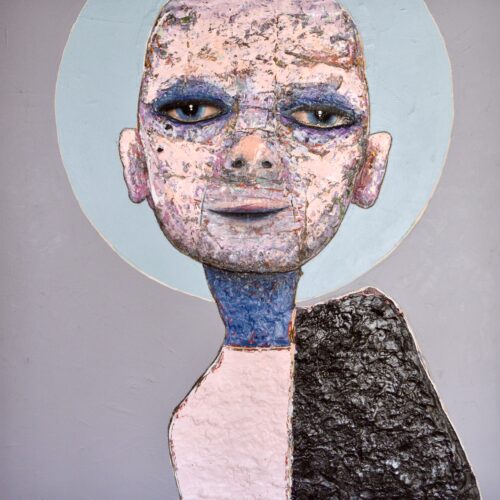 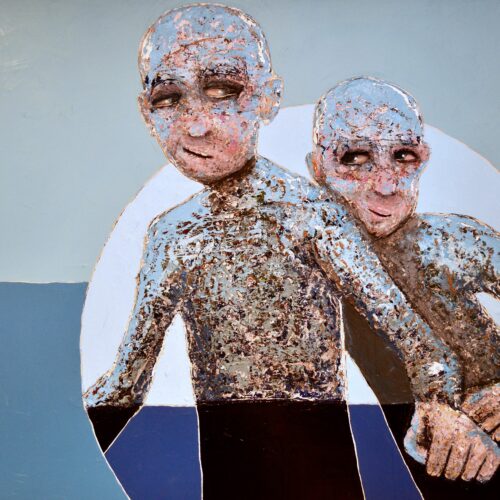 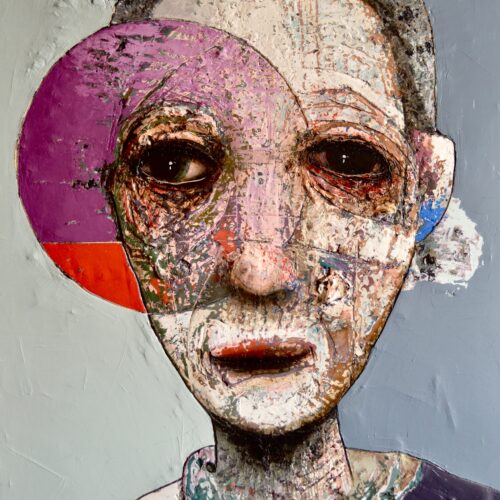